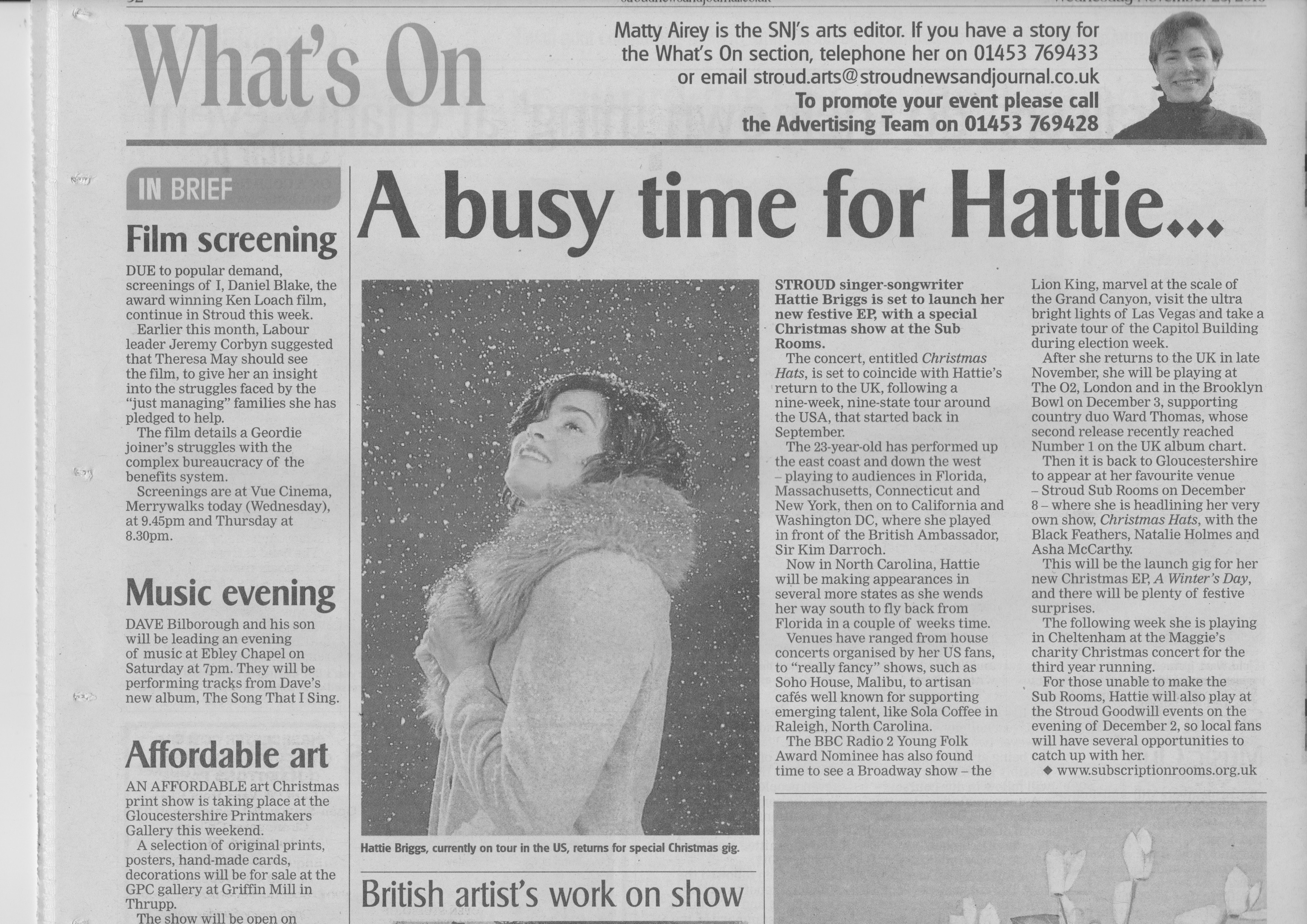 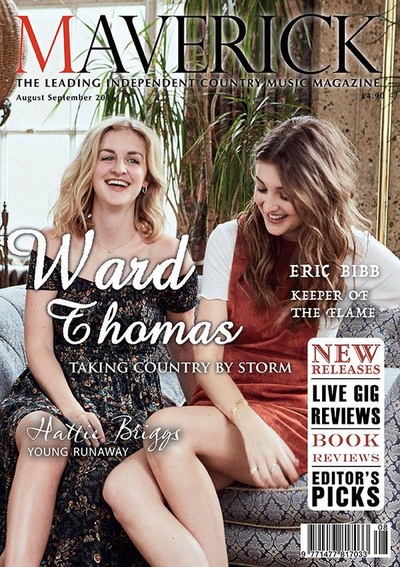 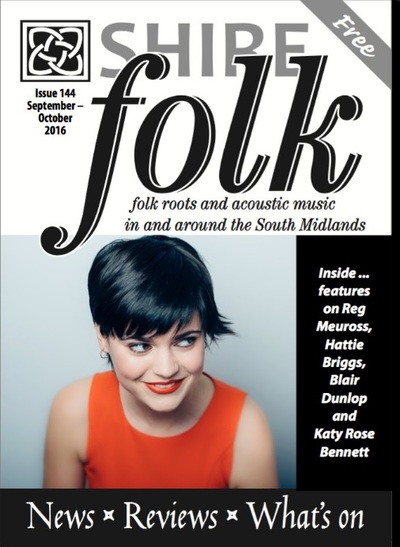 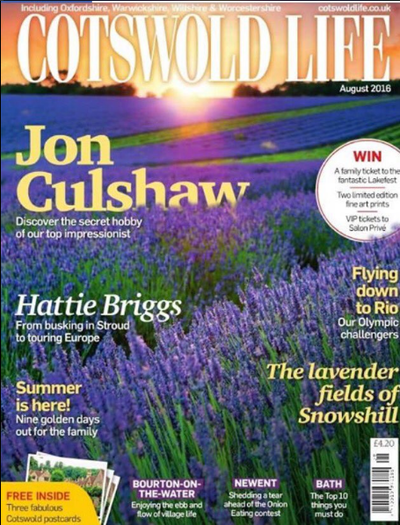 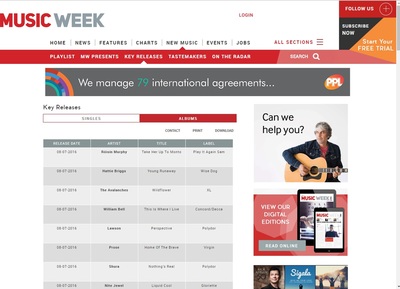 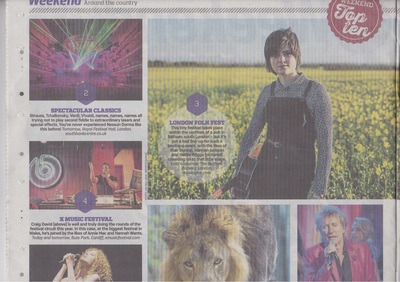 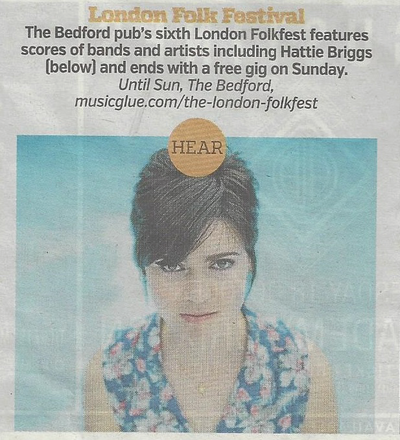 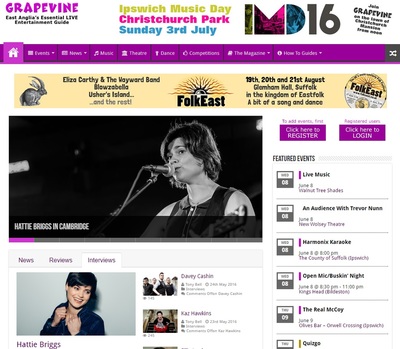 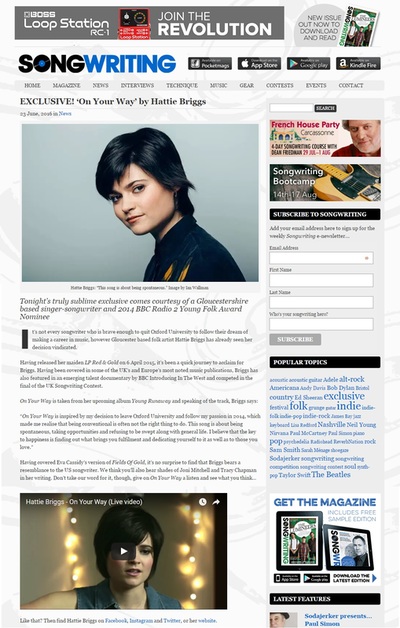 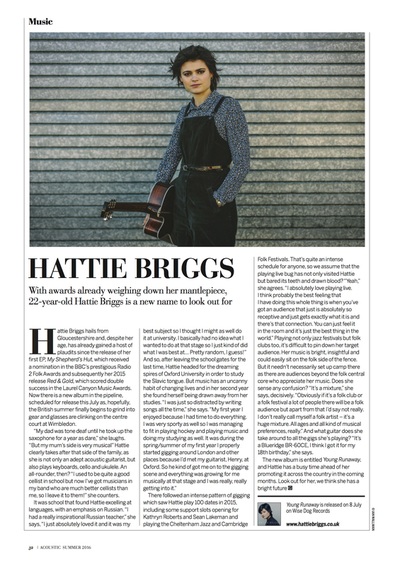 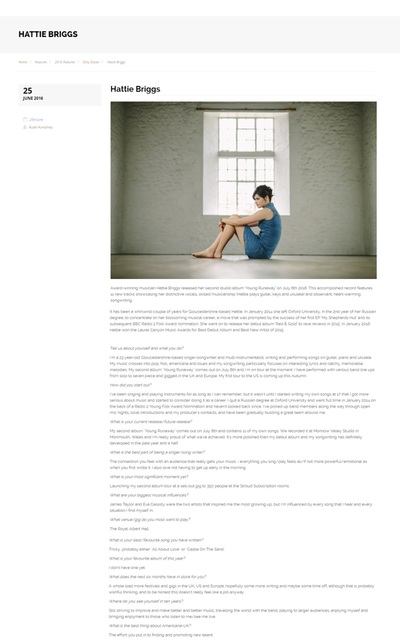 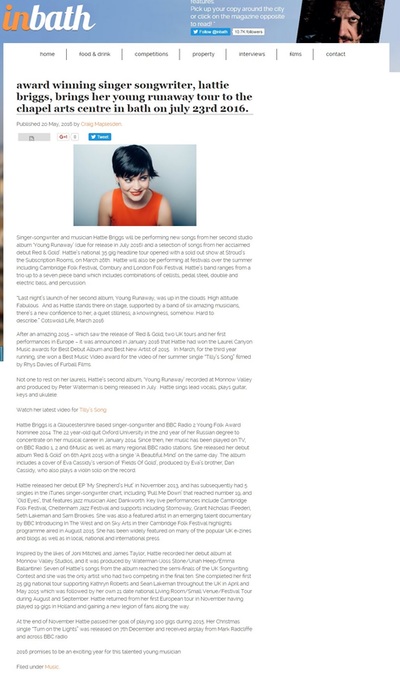 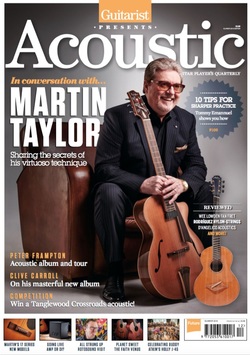 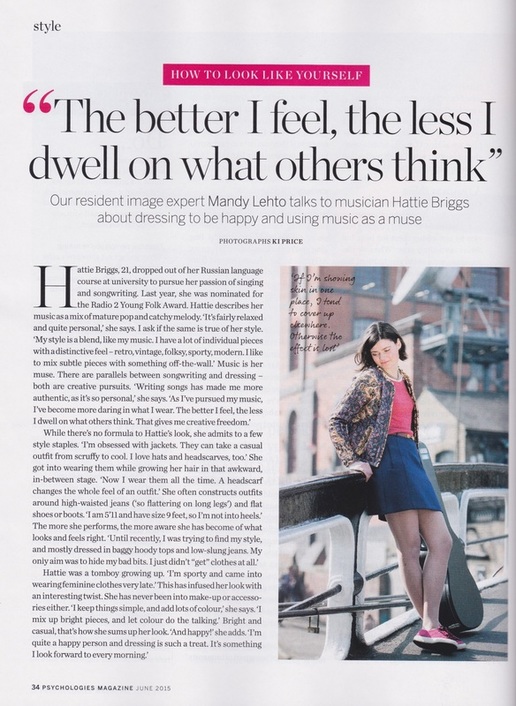 Psychologies magazine, June 2015. "How to Look Like Yourself" by Mandy Lehto. 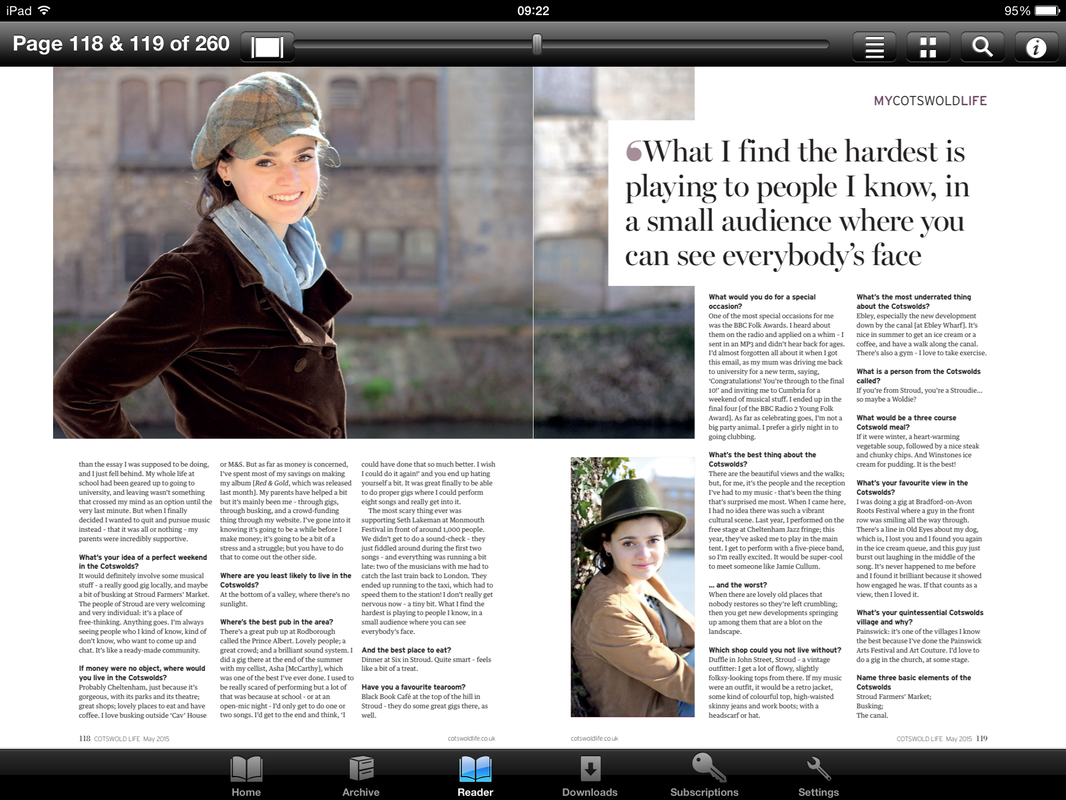 Cotswold Life, May 2015, middle 2 pages of 4 page spread, written by Katie Jarvis, and below the Salisbury Journal review of the gig at Salisbury's City Hall, written by Liz Kemble.
Fatea Showcase review from the Met in Bury: http://www.fatea-records.co.uk/magazine/2015/LakemanRoberts.html 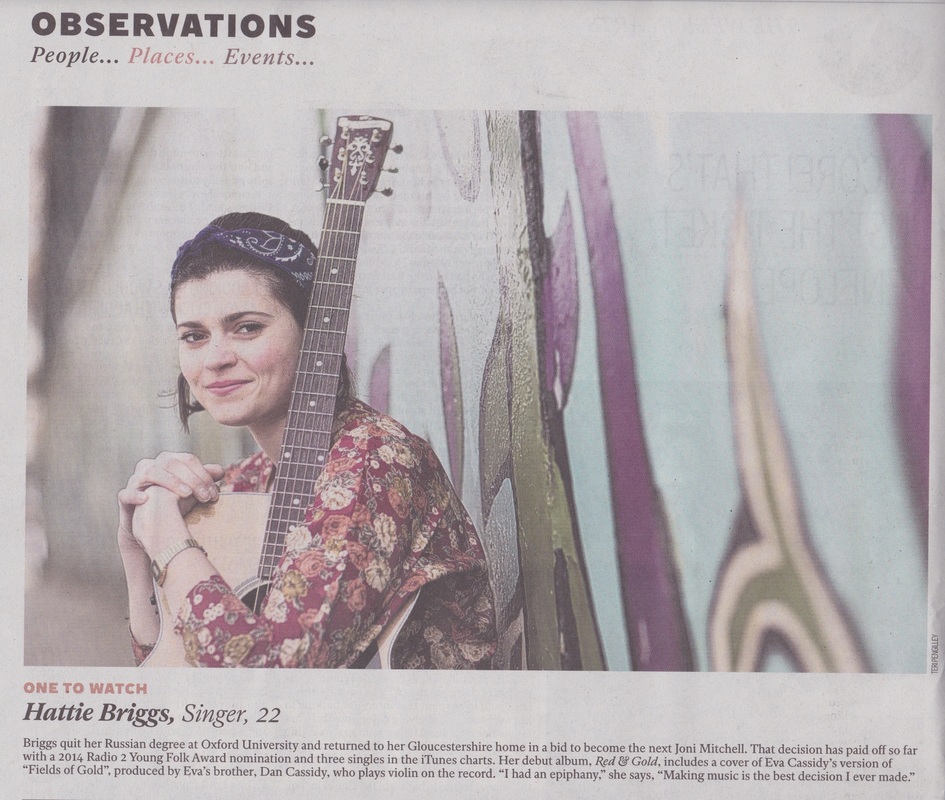 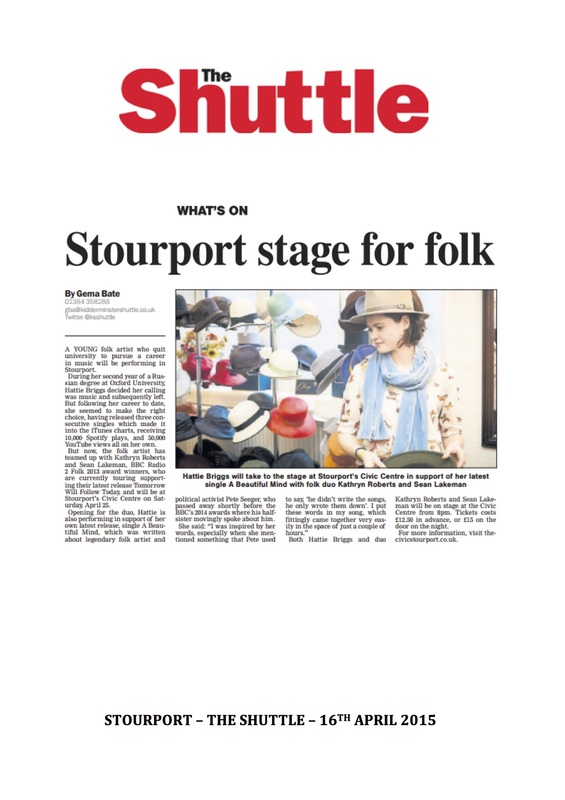 BBC Intro in the West was the first radio station to air "A Beautiful Mind' on Saturday 28th March.  For info go to: http://www.bbc.co.uk/programmes/p012bzts 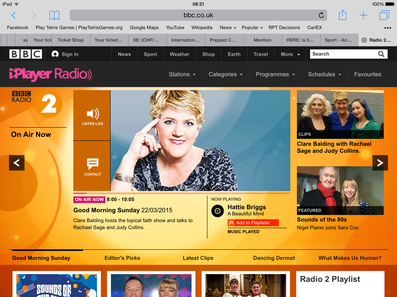 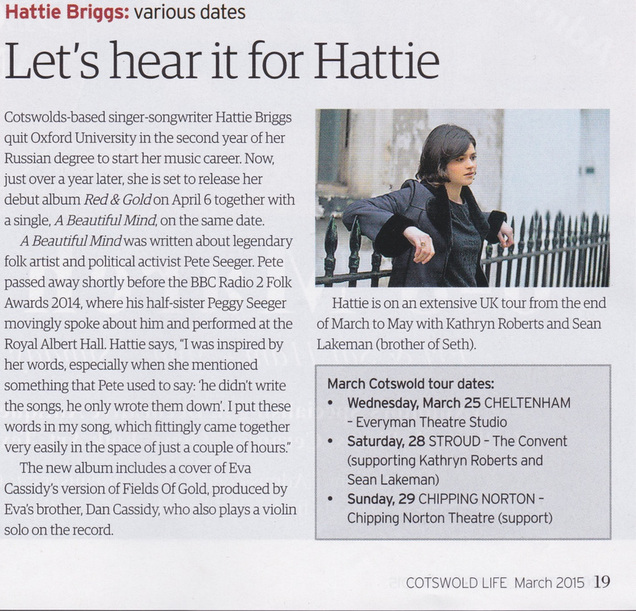 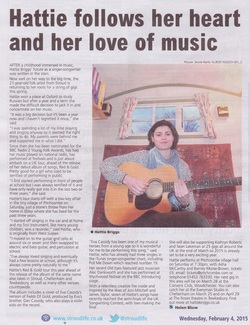 Stroud News and Journal 4/2/15.  I have also had coverage this week in
West Sussex County Times, Feb 5 Cheltenham Citizen Interview, Feb 4
Gloucester Echo Interview, Feb 4 and Gloucester Independent Interview Feb 4.
Thank you to all the editors for including me! 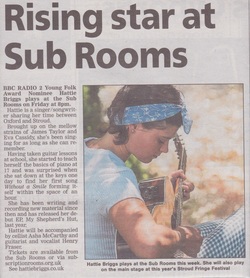