Here's some info about the amazing people I work with! 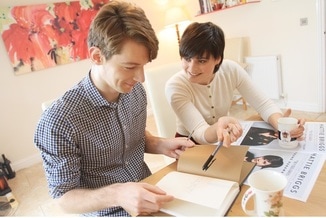 Peter Waterman is an up and coming music producer based in Buckinghamshire. He graduated with a 1st class honours degree in Music Production.  He has previously worked with acts such as Uriah Heep, Jack Savoretti, producers such as Steve Levine and mix engineers such as John Cornfield and Jack Joseph Puig. Recently he has been co-writing with Demi Louise, and produced an EP for Emma Ballantine.

​"Red & Gold" was the first of three records that Pete released in 2015, and was followed by the release of several singles, including Hattie's first Christmas song, "Turn on the Lights".  He has also masterminded the production of Hattie's second album, "Young Runaway" released in July 2016. For more info - www.peterwaterman.co.uk. 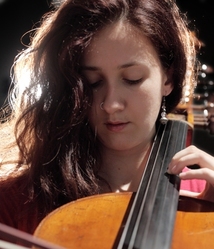 Asha McCarthy - Cello, Vocals and Arranging. Asha is a very talented cellist from Stroud and is featured on the full version of Hattie's single, "Pull me Down."  Asha plays a unique Indian cello, with many more strings than the traditional cello that we have all seen.  Asha attended Chethams School of Music where she studied cello under David Smith, and jazz piano. She was lead cellist of the National Youth Sinfonia (2002-2006), and has played solo, quartet and orchestra concerts of Western Classical music in venues such as the Royal Festival Hall, Queen Elizabeth Hall and Bridgewater Hall. She has a music performance degree from Dartington College of Arts.  Since 2006 Asha has collaborated within many genres from Jazz funk to Zimbabwean mbira music, and has played at Glastonbury, the Sunburn Festival in Goa and Ronnie Scott's to name just a few.  She is also a composer in her own right and received an Indian Council for Cultural Relations scholarship to continue her Indian musical studies.  As well as accompanying Hattie at many of her gigs and on both albums, she teaches guitar in schools and also plays the piano for a choir. 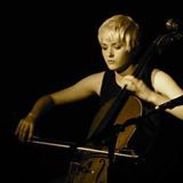 Jasmine Scott Neale, cellist comes from a long line of musicians and great cello players.  She is the daughter of Stuart Croxford Neale the keyboard player of 80's band Kajagoogoo, her grandmother is a cellist, her great aunt Eileen Croxford-Parkhouse played for the Music Group of London for four decades and her twin sister is also..... a cellist!  Jasmine is also a songwriter and backing vocalist who brings a unique style of musicianship wherever she finds herself.  She is influenced by a wide variety of genres including, jazz, electronic music, hip hop, pop, folk and forms of improvisation.   Jasmine graduated from Goldsmiths College, University of London, with a degree in BMus Popular Music, under the tuition of Wayne Urquhart and Audrey Riley.

She was Lisbee Stainton's main cello player on her first album, "Girl on an Unmade Bed", released 2010, recorded at Abbey Road Studios.   Most recently she has contributed to the Si Cliff's new album, "Memories", released in 2012, and John Atterbury's "Robots" also released in 2012.   She also performed and arranged the song "Human Technique" by Samuel Geronimo Deschamps (La Shark) with Arun Ghosh and plays on several tracks on Red & Gold and Young Runaway.  She will be touring with Hattie in 2017.

Barney Morse-Brown - Cellist and songwriter.  An extraordinary musician who has, over the past few years become known for his 'alternative and unique' approach to playing the cello. A long time member of the BBC Folk Award winning band 'The Imagined Village' a previous member of both Chris Woods and Eliza Carthy's band, aka 'Duotone' whose recent record received critical acclaim with 5 star reviews from Songlines and Maverick Magazine.  His record, 'Let's Get Low' was released in March 2015.

Barney has recently been involved in working with the hugely talented young singer 'Birdy' who was recently number 1 in the charts in both France and Australia.  Barney plays the cello on the video and live version of Hattie's new single, "Pull Me Down" and on several tracks on Young Runaway.  He has also accompanied Hattie at many of her gigs including the launch of her second album at the Subscription Rooms in Stroud and the Town Hall, Kirton in Lindsey.

Stuart Lawson - Percussion - Stuart studied in London at the Institute of Contemporary Music Performance.  He has played for Mollie McQueen (Midge Ure's daughter) and gigs regularly around Buckinghamshire and London.

Stuart played drums on "Pull Me Down" and plays on several tracks on Young Runaway.   Stuart also performed with Hattie at her London first album launch gig and played with her at various festivals with her during 2016.. 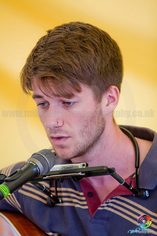 Jack Cookson is a singer songwriter in his own right and a talented multi instrumentalist - he plays upright bass, electric bass, harmonica and lead guitar on Hattie's second album and co-wrote and performed "Have We Met Before".

He graduated with a degree in Creative Music Technology in 2016 immediately after being nominated for the BBC Radio 2 Young Folk Award.  He performs with Hattie at many of her gigs and went on tour with her to Holland in June 2016.